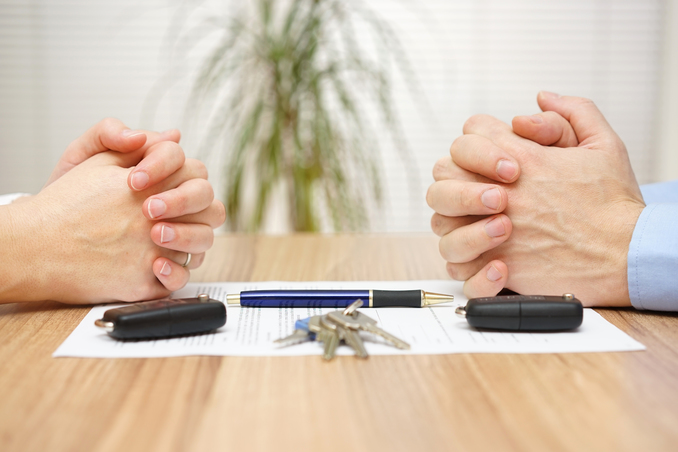 Marital assets are those acquired during the marriage. Likewise, marital debts are those incurred during the marriage.  If assets such as real estate, automobiles or investments are titled jointly as husband and wife, then they are presumed to be marital assets regardless of their source or origin. If a spouse claims that a jointly titled asset is non-marital, for example, that it was owned individually prior to the marriage, then that spouse has the burden of proving by clear and convincing evidence that it was not intended as a gift. As discussed below in this article, some assets may have a marital and non-marital component to them.  In long term marriages, it is not uncommon to find that all assets and liabilities are marital in nature due to commingling, gifting and other reasons.

Some assets have both a marital and non-marital component to them. If one spouse, for example, worked for the state or county and contributed to the Florida Retirement System before the marriage and continued in that employment during the marriage, then the court would set aside the pre-marital contributions to the pension plan as the employee spouse’s non-marital property. The portion of the pension built up during the marriage is a marital asset which would be divided equally between the spouses.  In other words, the employee spouse would receive 100% of the pre-marital component of the pension as well as 50% of the marital component. The non-employee spouse would receive the other 50% of the marital portion of the pension.  Other retirements assets such as 401K’s and IRA’s are likewise subject to distribution along similar lines; however, the valuation of these retirement accounts is easier because they have account balances that can be determined on the date of marriage and date of filing of the divorce.

After all assets (and debts) are identified and characterized as either marital or non-marital, the non-marital assets are set aside to the owner spouse and not included in the equitable distribution scheme. Each marital asset and debt is assigned a value based upon an appraisal or the agreement of the parties. The court will then typically distribute the assets and liabilities so that each party gets approximately 50% of the equity in the marital estate. Rarely will the court simply order everything sold and split. If, for example, one spouse lives in the marital home with the children, then that spouse more likely than not will receive that home if its financially feasible. Similarly, if one of the spouses owns a business or professional practice, that spouse would receive said asset.  The other spouse in either situation would be distributed some other asset or payments in return for his or her 50% interest in the home or business.  In certain circumstances, the court can make an unequal distribution of the marital assets and liabilities if it has justification to do so.

Courts look at several factors in determining how marital assets should be divided, including, but not limited to, the length of the marriage, a party’s wish to retain a particular asset, the monetary and non-monetary contributions to the marriage of each spouse and one spouse’s contribution to the other spouse’s career or education.  Ultimately, the division of marital assets and liabilities is left to the court’s sound discretion.  The property distribution contained in a final judgment of dissolution of marriage is final and not modifiable.

A legitimate concern of many spouses is that they will be legally responsible for debt incurred by the other spouse during the marriage.  Marital debt is debt accumulated by the spouses during the course of the marriage and often includes home mortgages, credit card debt, medical bills, business loans, student loans, auto loans and tax obligations. If a student loan was incurred by a spouse during the marriage, then it is considered a marital debt, even though it only benefitted the one spouse.  One major problem that can result from a divorce is the ruination of a spouse’s credit by their former spouse.  If, for example, one spouse is awarded the marital home in the divorce but later defaults on the mortgage, the other spouse’s credit can be adversely affected. The division of assets and the liabilities associated with them should be carefully discussed with your divorce attorney. An experienced divorce attorney can explain the pitfalls as well as the best ways to avoid them.

The divorce attorneys at the Rice Law Firm have extensive experience in asset identification,  characterization and valuation. We understand the law and will use it to your benefit. We’ll also make sure you don’t end up “holding the bag” as it relates to marital debts, and we’ll use or expertise to safeguard your credit. Contact us at (386) 257-1222 to learn about the legal options in your case and to see how we can put our knowledge and experience to work for you.

Back to Practice Areas